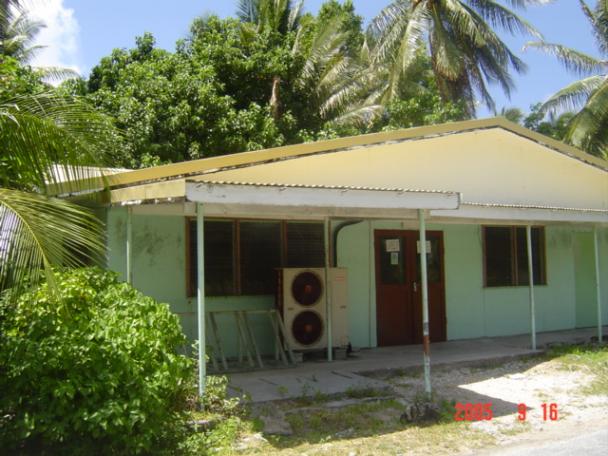 Tuvalu consists of nine islands in the southwest Pacific Ocean and achieved independence from Great Britain in 1978. Vital documentation of the cultural and political heritage of Tuvalu is currently held by the National Archives of Tuvalu in an intermittently air-conditioned room. The archives are endangered through risk of being washed away in a cyclone-prone area. There is a regular danger of archives being saturated and damaged by tidal surges, especially during cyclones. Some material such as Births, Deaths and Marriage registers, Lands records, records of its local colonial administration and newspapers are in particularly poor condition through heavy usage of the originals.

This pilot project surveyed the Tuvalu National Archives holdings, assessing the extent of work required to prepare important series for preservation. In addition, further enquiries were made regarding the existence and preservation of manuscripts, genealogies, photographs and other records of Tuvaluan society in private hands.

This pilot project was completed in September 2005 and succeeded in identifying the holdings of the Tuvalu National Archives. Land records from Funafuti and Nanumea and most Lands Commission records in the archives were copied. Eleven rolls of 35 mm microfilm were produced and scanned to digital format and approximately 3,600 digital images of samples from the archival holdings were produced.

Effort was made to particularly identify records concerning language, culture, tradition, customs, skills and arts. Archives staff underwent some basic training in digital copying, migration and documentation procedures and were introduced to microfilming.

The research team gained a better understanding of the circumstances, conditions and capacity that would affect a future major research project and were able to ascertain that archival material existed outside the Tuvalu National Archives.

View archives from this project (139)