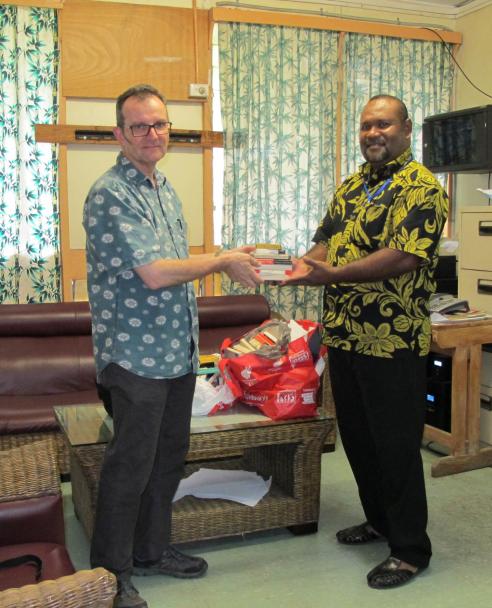 The collections of analogue media at the Solomon Islands Archives and National Museum are in urgent need of preservation. This project will digitise and list 200 tapes from the Museum, many of which are in languages with few remaining speakers. These are unique recordings that reflect the diversity of languages and cultural groups that make up the Solomon Islands. In Honiara, local staff will be trained and then involved in prioritising the tapes and assigning metadata. The tapes will be digitised in Australia by the Pacific and Regional Archive for Digital Sources in Endangered Cultures.

There are some 74 languages in the Solomon Islands, and there are few records of most of them. Tapes in the target collections include field recordings in local languages and recordings of customary knowledge. The recordings date from the 1970s and so capture snapshots of language at that time, many recorded with people who have since passed away, making them priceless records of aspects of national heritage that are not otherwise available. These unique recordings reflect the diversity of languages and cultural groups that make up the Solomon Islands. As analogue tapes in Honiara they are unplayable, but as a result of their digitisation and description in this project they will become a base for future research.

These tapes are unique and have not been played for some time due to the lack of playback machines. They are in danger of becoming unplayable due to the tropical climate of Honiara and the lack of consistent climate control. Without this project the tapes are certain to become unusable.

The tapes were made by personnel of various Solomon Island agencies and visiting international researchers, and are in a range of local languages. Once available to listen to, it will be possible for the Museum and Archives to enrich the description of the collection, allowing speakers or their descendants to hear these recordings of themselves or their families for the first time.

Digital copies will be deposited with the Solomon Islands National Museum, PARADISEC, and the British Library. The original tapes will be returned to Honiara.