Securing of the medieval and early modern archival material (14th to 17th c.) of Brasov/Kronstadt and the Burzenland region (central Romania) (EAP040) 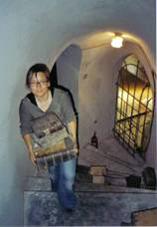 The archival material from 14th to 17th centuries from this archive is one of the main sources for Transylvanian history in todays central Romania. It is the basis for any work on historical backgrounds of the city, the neighbouring settlements and the region itself.

The material was traditionally stored in different back rooms of the Honterus parish building of Brasov. The problem of redeveloping these rooms are being solved by the parish itself so that there will exist secure rooms with adequate shelf units for the holdings. However the conditions of storage were extremely disadvantageous, in particular generating much moisture.

As a consequence some of the collection is subject to mildew. Other problems are the damage by worms and by certain forms of historically used ink. Damage to the paper was caused also by not storing the material properly.

Digital photographing will include the following sections:

Digital photographs will be made of the relevant material from the Middle Ages up to the 17th century (and of copies concerning this time). At the same time the material will be classified so that conservation measures can be taken in the future. The archival material will hence be accessible through the digitised data at the archive itself and at the British Library and will be opened for use in the reading room with help of the two local collaborators trained during the project’s duration.

The project was successful in digitising material from the 14th to 17th centuries, restoring the new archive rooms and reorganising the material. Digital copies of the material have been submitted to the British Library and also to the Brasov archive where they are stored on a central server.

The parish had undertaken the work of restoring four rooms in the old Lutheran parish house in Brasov, equipping them with electricity and heating as well as archive shelves. There is a working room with space for the public as well as three storage rooms. Temperature and humidity is checked on a daily basis.

A website has been developed for researchers to access the indexing of the historical parts of the holding, which were the subject of this project, and the more modern collections are being added.

Another result of the project was the creation of an awareness of the high importance of this archive at the Honterus parish of Brasov and among a considerably interested public. These holdings have thus been safeguarded for the long term and will be used as primary sources by all linguistic groups of the region.

The holdings of the archive can be found on their website.

View archives from this project (413)

Taiga Old Believer Skit as a keeper, restorer and reader of the Old Cyrillic Book

The project presents 78 rare and small-edition books published in Church Slavonic Cyrillic in 1597-1916 and composing the library of the taiga Old Believer monastery in the 19th - early 21st centuries. This corpus of liturgical, religious and polemical texts shows which books were in need for the… 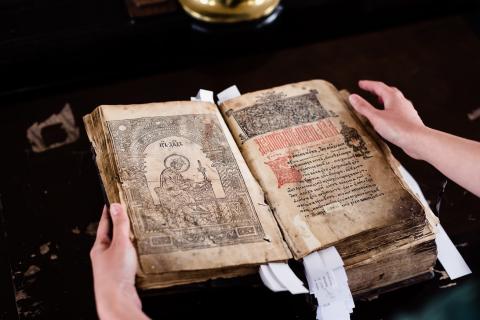 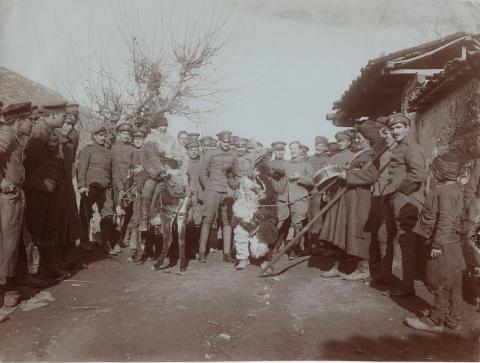 The Shevchenko Scientific Society (ShSS) in Lviv is a Ukrainian institution that has specialised in the history of Central and Eastern Europe, philosophy, philology, ethnography, mathematical and natural studies. The Society also founded research schools by Mykhailo Hrushevsky, Ivan Franko, Ivan…

In the spring of 1941, around 825,000 Jews lived in thousands of cities, townships and villages in Hungary. Four years later the majority of the Jewish congregations no longer existed. The traumatic change can be illustrated by the drastic drop in their numbers: two-thirds of the 709 congregations…