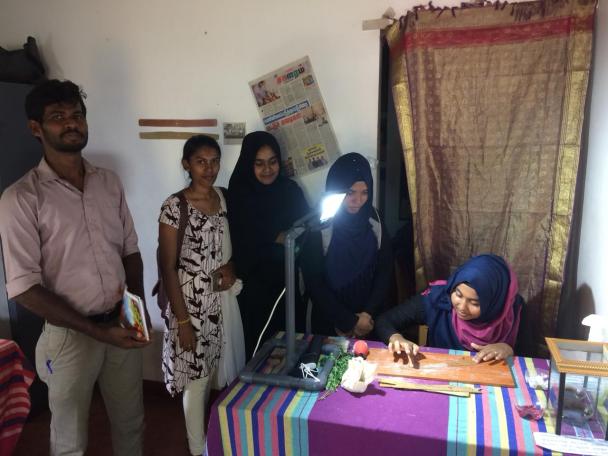 Preparing the manuscripts for digitisation
View archives from this project (156)

This project aims to conduct an extensive survey of the endangered Tamil, Grantha and Sanskrit palm leaf manuscript collections in Northern Sri Lanka and to digitise, digitally preserve and provide open access to a subset of those collections.The project will focus on Jaffna and Mannar districts. Initially, custodians will be contacted via the lists of contacts from Noolaham Foundation’s database. Additional outreach will be done through community awareness raising events and through field research.Smaller collections and fragile items shall be digitised as part of this project itself. About 12,000 images will be copied during this project. Any larger collections shall be deferred for a future project.

Noolaham Foundation is engaged in digital preservation and access activities since 2005. Their focus has been on contemporary print documents such as books, magazines, journals and newspapers. Over the years, they have come across a number of palm leaf collections and have digitised three small palm leaf collections. Noolaham Foundation is a community funded organisation and most of the funding is restricted to contemporary publications as needed by the wider community. An extensive survey of palm leaf manuscripts and digitisation hasn't been carried out due to budget constraints and the need for more specialist expertise and equipment. The project team will gain expertise in this area and will allow the team to undertake larger future projects, such as the digitisation of Eastern Sri Lankan manuscripts.

In Northern Sri Lanka, most of the traditional knowledge is preserved and passed on through oral traditions and through palm leaf manuscripts. A distinct body of literature focusing on traditional medicine, mathematics, astronomical observations, astrology, arts, folklore, local history, customs and laws etc. existed from 13th century onwards. Jaffna and surrounding areas were a focal point of intellectual activity during the 19th century, with record number of works being authored. The endangered materials containing verses and prose about indigenous medicine, astronomical observations, astrology, language, literature, grammar and lexicography, family histories, law, local history, art, architecture and folklore, were written during pre-industrial and colonial period. These works are of primary importance to the local Tamil speaking communities as sources of traditional knowledge. These works can aid the development of local arts and crafts. They are a source of cultural identity and heritage. They also are key primary resources for local history, law and customs. Thus, this material is very valuable to scholars, researchers and students from various fields, including social sciences, humanities and developmental studies. During the long years of war many important and rare documents have been lost. And that no one was in a position to save them. Thus preserving the remaining documents is critical for our communities. The material is endangered because of the continued political unrest in Northern Sri Lanka, poor preservation practices, poor storage facilities and lack of knowledge to transcribe these materials into other physical forms. The majority of the manuscripts are not under preservation. Many are sole surviving copies, and vulnerable to poor handling, weather conditions, natural disasters and systematic removal.

A survey in the form of a spreadsheet was submitted as part of the project outputs.

Manuscripts of the Sri Lankan Malays

The Malays of Sri Lanka are a remarkable community, having preserved a spoken dialect of Malay and a rich writing tradition in that language despite living in South Asia for over three centuries. Today most fragile manuscripts that still survive are kept in private collections in poor conditions… 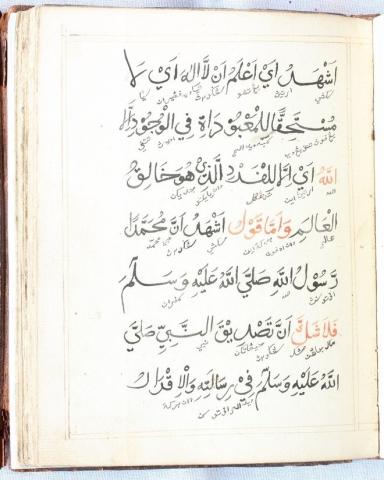 The Tamil Protestant community of the Jaffna Peninsula has left an indelible mark on Sri Lanka’s modern history. During the island’s British period (1796‐1948), the encounter between Jaffna’s Tamil literati and Protestant missionaries from England and the United States produced a deluge of printed… 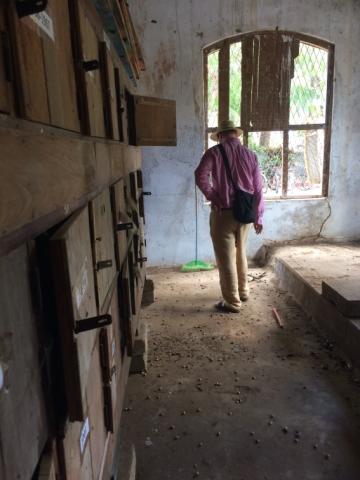 Sri Lanka’s traditional knowledge, from local history and medicine, to astrology, astronomy, literature, and mathematics, has been historically recorded on palm-leaf manuscripts. These manuscripts are now primarily held by individuals, traditional medical and religious centres, and libraries. The…

This third phase of our project aims to complete the digitisation and preservation of the remaining batch of the archival material found at the Jaffna Bishop’s House. The realisation of the present project would: 1) make accessible to all the totality of a rare source material about the…